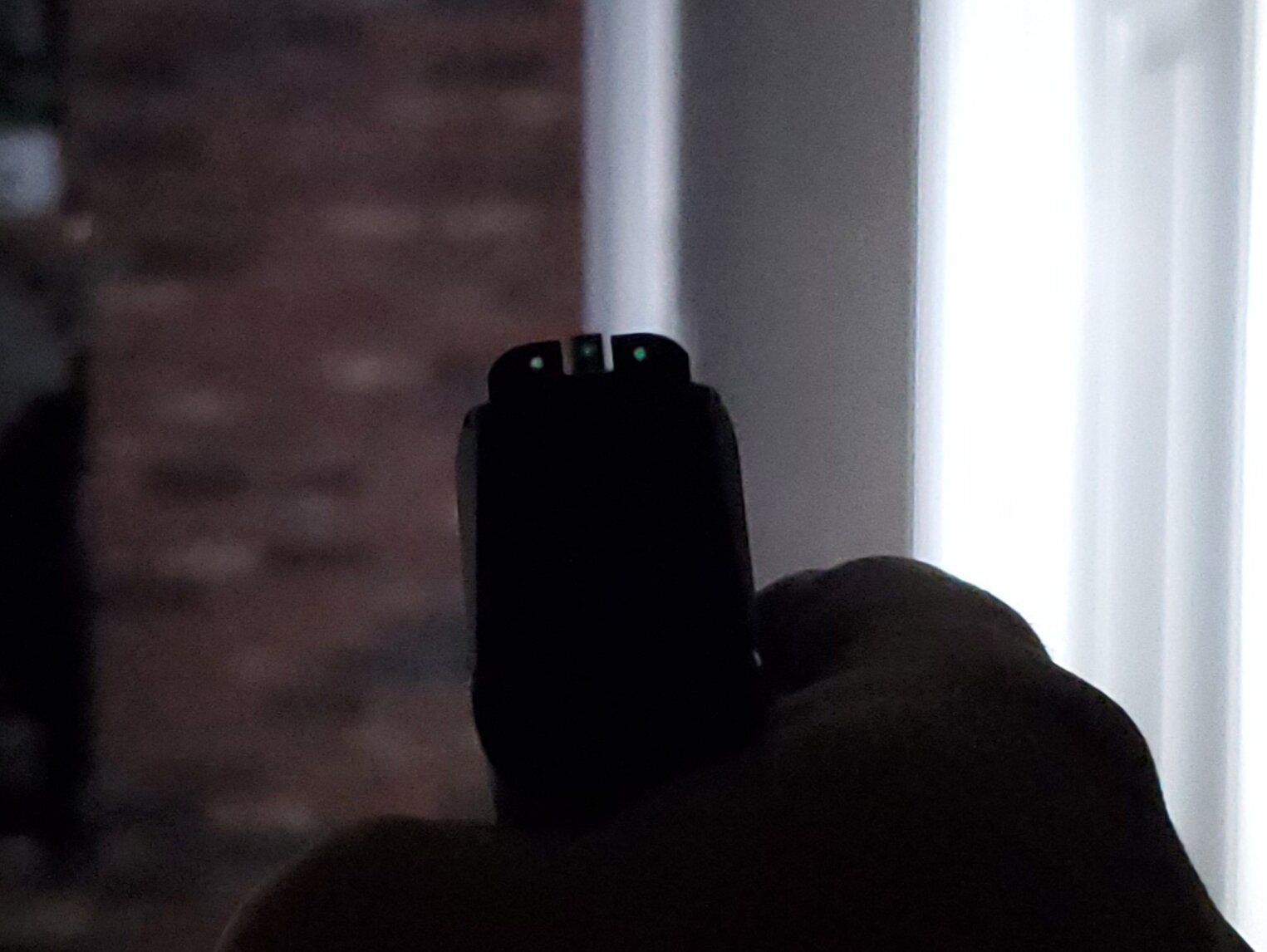 According to police reports, approximately 63% of assaults outside the home and 17% of home invasions occur at night, between 10 pm and 6 am. I recently took part in a low light shoot and found out that a lot of people have some misconceptions about shooting in low or no light. Many people overestimate their abilities at night because of their proficiency in the day, and many others ignore low light shooting conditions as something they won’t ever have to encounter. It’s important to give yourself every advantage in a fight, and given the statistics, I would encourage everyone to take some low-light training classes. Today I want to focus on the differences of having a handheld light or gun mounted.

The pros to carrying a flashlight is that you can use it without drawing your firearm and giving away the fact you are armed. This can’t be understated, using a flashlight when in a dark unfamiliar area can be enough to dissuade some attackers because they may lose their element of surprise. Another pro is that a good sturdy flashlight can also be used as another defensive tool and a hard-striking implement. Another big pro for having a flashlight that isn’t mounted to your firearm is that you don’t need to find a custom fit holster. It seems silly to say but finding a good holster that can be concealed and allows for a weapon mounted light is not particularly easy for some of the options out there.

One of the largest cons is your grip. Hollywood has popularized several styles of holding a gun and flashlight, but very few allow for a grip on the gun to reduce recoil. I could spend hours debating this, but one of the best options is to hold a small flashlight between your index and middle fingers of your non-dominant hand while using that hand to grip the pistol as you normally would do. Its not easy and takes a lot of practice but does offer the most amount of recoil reduction. The other largest drawback to a separate light is that if you have a jam or need to change magazines you have to navigate the postures with a light in your hand. Personally, I drop the light at this moment. If I have a jam or need to change mags I drop the light, take cover and deal with my problem before re-engaging. I would rather lose the light than the precious seconds it takes me to pocket the light, tuck it in my armpit, or whatever other options you come up with to retain the light.

So what about having the light directly integrated into the firearm? Well the pros are easy. The light doesn’t require two hands, allowing for the best grip on the firearm. The light stays with you in the event of a jam, mag changes, etc. You don’t have to remember to put the light in your pocket when you leave every day. The cons however are that it does require a specialized holster that may be bulky or difficult to come by for your firearm. It can also give you a false sense of security because its always there ready for you. But what happens if the light fails? Or the battery dies?

I am a proponent of “why not both”? Carry them both, train with them both and don’t rely on one versus the other and don’t give yourself the single point of failure. You get the pros of both options and you give yourself a new option that few think of. Deception! You can use both light at the same time to give the illusion there are 2 of you. If you are pinned down you can turn on your handheld and turn off your weapons light. Now you can turn the tables. Leave the handheld light in place as you retreat in darkness, toss the light in another direction creating a diversion and masking your position as you move, or place the light on one side of cover while your move to the other side to engage your aggressors. The option of having both lights can save your life.

There are a lot of people that talk about the importance of carrying a flashlight or having a weapon mounted flashlight, as if the option is one or the other. My experience is that the two options can work together for you, but the pros and cons for either can’t be ignored. Low light shooting is a different beast and by deciding to train for low light shooting you acknowledge that you believe there is a reasonable likelihood that you will have to defend yourself or your family with limited visibility against an active threat. Don’t take that lightly, train to preserve life even when the hour seems darkest.