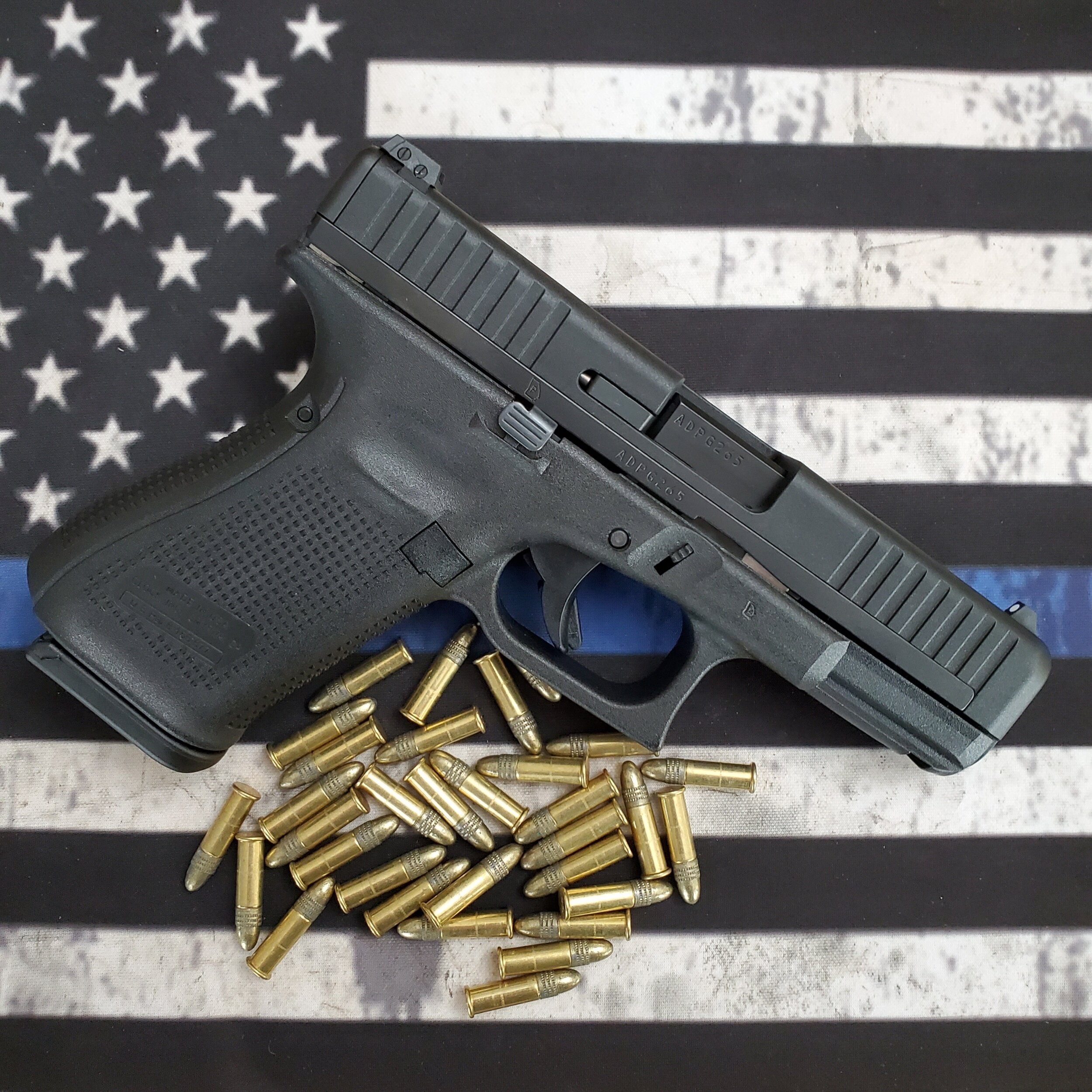 I mentioned that we are expanding and new things were coming. Many people ask our opinions of new firearms, subscriptions boxes, knives, etc. So, we will be introducing our own reviews for products. We understand there are hundreds of reviewers out there and rarely is there any vast difference between them. We want to take your suggestions on products to review and give our honest opinions, hopefully in a fresh perspective or if nothing else in a concise manner. What we review will be paid out of our own coffers and will be as impartial as possible. We will keep the reviews short and direct, so you aren’t drudging through 18 pages of back story and personal history before you find what you are looking for. Hopefully you find these helpful!

I have been sitting on this for a while. I’ve tried to like the new .22lr offering from Glock, I really tried! But after a few hundred rounds through the 44 I have to call it, it is terrible. Not only is it terrible, but a waste of money. I bought it initially hoping that having a .22 the same basic shape and size as a 19 could help some of my newer shooters to transition into a more capable round, but I couldn’t put this in a novice hands unless I wanted to show them all the various and multiple ways a gun can malfunction. Additionally, the sights aren’t adjustable and they desperately need to be.

I haven’t found any ammo that the 44 likes. I’ve tried 20-50 rounds of 6 different .22lr offerings, and each one had the same overall performance. Stovepipes, double feeds, failures to eject, and failure to feed were common. After the first box of ammo I started keeping track. On average I found that 1 out of 5 shots had an issue. So, I started researching and I’m not alone… not by a long shot! Issues reported include failing extractors, striker eating away at the spacer sleeves, cracked slides, and a myriad of other complaints. Overall it appears that it’s a crap-shoot if you are going to get a unit that is sighted well, doesn’t malfunction, and fires most ammo. If you are part of the lucky few that get one of those, I’m hearing they are a great!

My overall opinion: don’t waste your money. Glock does a lot of things well; this isn’t one of them. The number of functional issues should be heavily weighed if you want to buy one of these pistols. I would caution anyone getting one to make sure to inspect it regularly and wear your eye protection! There have been episodes of the 44 having catastrophic failures, although rare. If you must have a .22lr pistol, this isn’t the one you want to add to your collection.