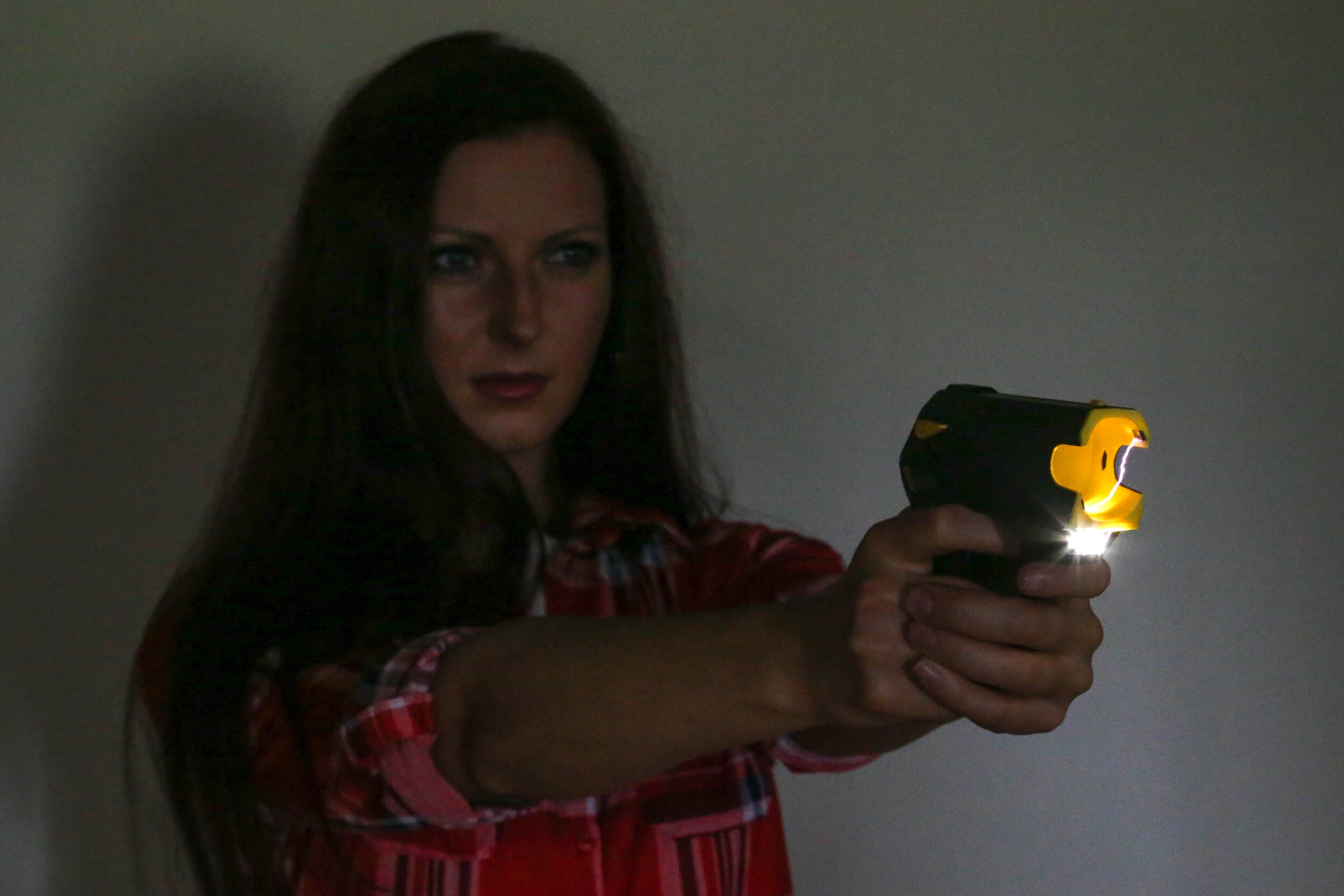 I’m sure most of you have seen TV shows, movies, or news clips about tasers, but the reality is that fictional TV and movie scenarios exaggerate or create complete falsehoods about taser and stun guns. Today, we want to talk about what these self-defense tools are, how they work, and dispels some myths.

Tasers is a broad term used to describe type of energy weapons designed for neuro-muscular incapacitation, typically from a distance beyond arm’s length. That is a very fancy way of saying that when used properly, the taser will override the signals from the brain to major muscle groups, causing the person to “lock-up” and not be able to move. These weapons are designed to stop an aggressor/attacker temporarily. In the civilian world, the shock is delivered for up to thirty seconds straight by products like the Pulse and Pulse+, allowing you ample time to escape. At no point does the attacker lose consciousness, it only incapacitates them.

A stun gun in contrast, relies on pain compliance at arms-length using electricity. It may sound the same, but the two key differences are that a taser can be used up to fifteen feet away from you, where a stun gun needs to be right up against an aggressor. Unlike in movies, a stun gun doesn’t knock people out. It applies a direct electrical shock to an attacker’s skin causing pain. The sound of the stun gun in conjunction with the pain is intended to deter and repel an attacker.

While they are both great options, the taser has a few features that can make it a better choice for most people. First off, the taser can reach out to fifteen, where the stun gun is limited to your reach. The taser can also be used as a stun gun once the cartridge has been fired. This can allow for a secondary means of defense if the attacker closes the distance and you miss with your initial shot. The Taser Pulse+ can also link with your phone and call 911 in the event you have to use it.

Many people don’t like the idea of carrying firearms and that’s ok! I would never ask someone to carry a gun if they weren’t comfortable with it. However, the taser or stun gun can still give you a degree of safety and security with the fact that you may be unarmed but not defenseless! There is also fantastic training offered for Civilian Taser users. At the writing of this article, there is only 1 Authorized Civilian Taser Instructor in the state of Kentucky: Safety Reloaded. Checkout the link below to view our taser and stun gun selection or to schedule your private taser lesson.